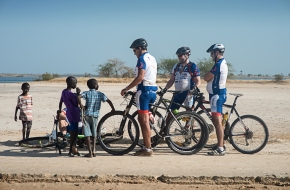 After getting up at 6 in the morning, we drove from Guéréo to Mbour, where the first Bike For Africa ride started at 10AM. It was supposed to be a 69km tour today, in moderate weather.

Boy, did that turn out differently. The first stage to get to the lunch spot proved to be a hard one. The sun was excruciatingly hot and the sand was deep and therefore challenging, but everybody made it and everyone supported each other tremendously. Team spirit is wat it’s all about here and it's a beautiful thing to watch.

After lunch the group started off again and ran into a nice surprise: a large salt flat with colorful salt lakes and incredible hues. Being a salt flat though, the temperature kept on rising and everyone was happy when they finally saw the break spot after about 10 more kilometers. Today we also reached an all-time high in three years Bike for Africa: the amount of flat tires. A whopping 52 tubes had to be taped or replaced throughout the day. Because of the heat and the flat tires, Wim decided to cut the ride short and take a shortcut to Simal, so we ended up the day with 55km.

While we ride we see a lot of local people by the side of the road, sometimes in stone houses, sometimes in huts, but they are always waving enthusiastically when we drive by. When we stop to take pictures of their beautiful faces and colorful clothes (Senegal, and more particularly Dakar, is apparently the Paris of Africa. When women start wearing one typ of style here, the rest of Africa quickly follows suit and copies the look), the kids are always hesitating. They ask for a "cadeau" in return, but when we show them the picturs on our cameras, they laugh so hard at themselves!

We finally arrived in Simal at around 5PM, where a cool pool and a beer was waiting for everyone. The Simal Ecolodge is located right by the water, so we enjoyed our dinner on the terrace. We were served a local dish called Poulet Yassa which was delicious. After dinner a few locals started playing music and showed us some of their very impressive local dance. Most of the bikers are going to sleep early though, because we need to get up at 6 again tomorrow for a 3 hour pirogue ride to the next starting point. 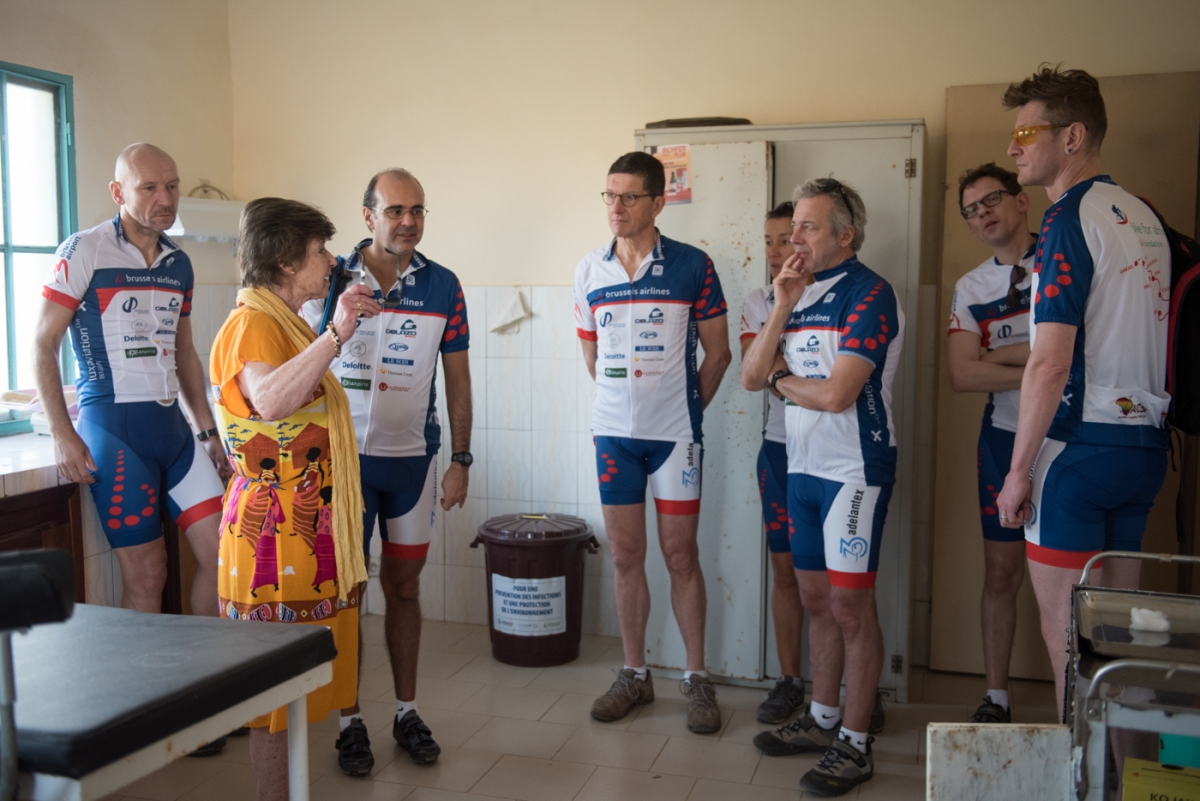 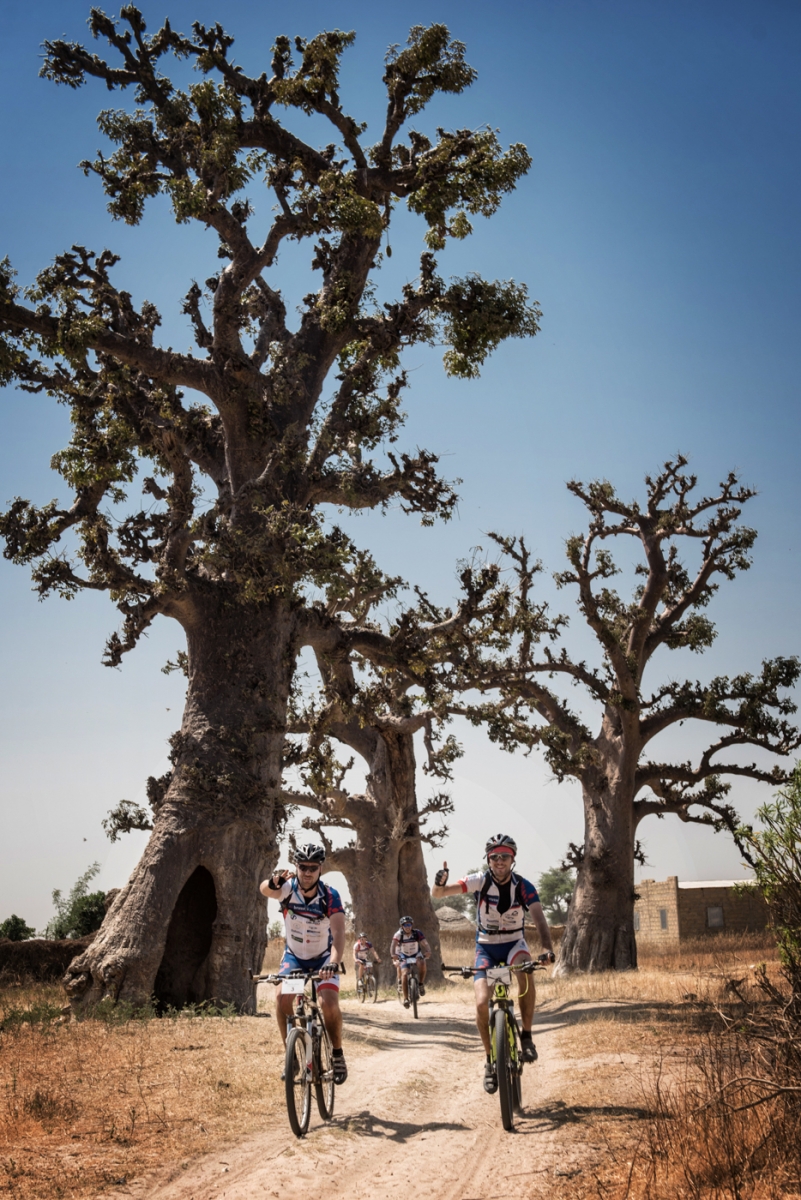 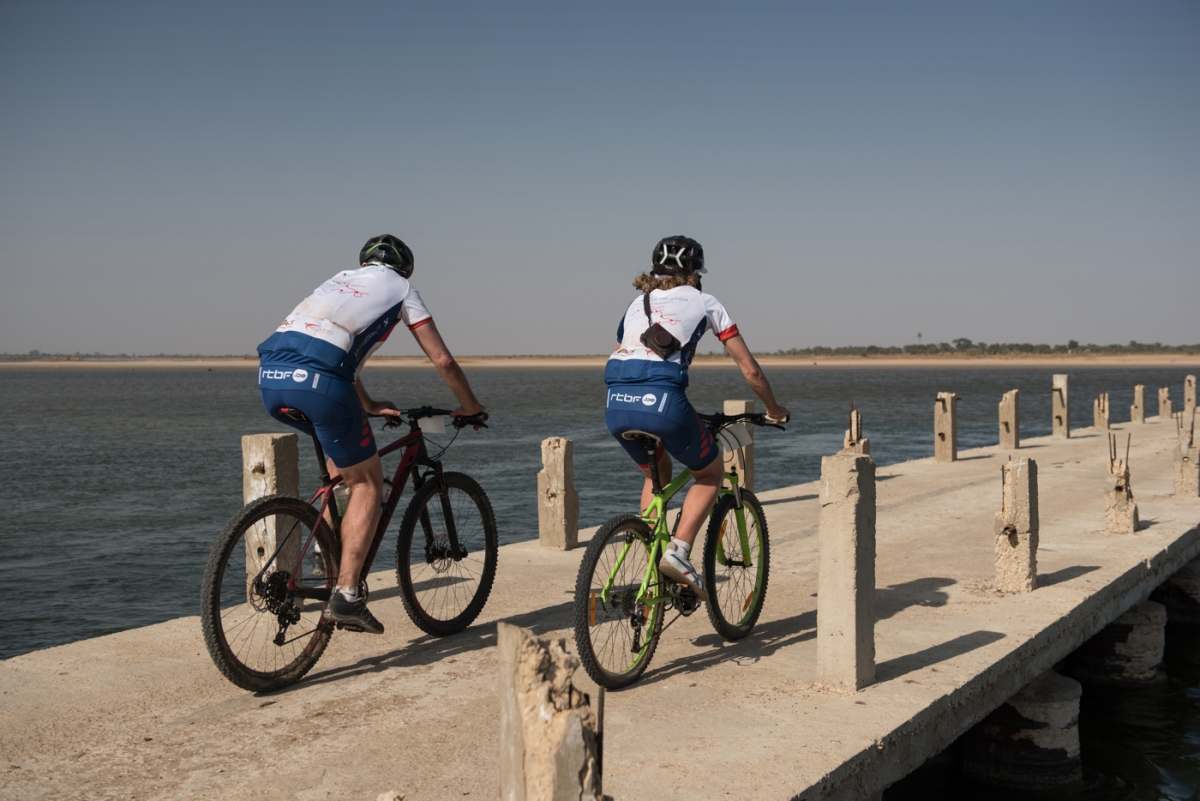 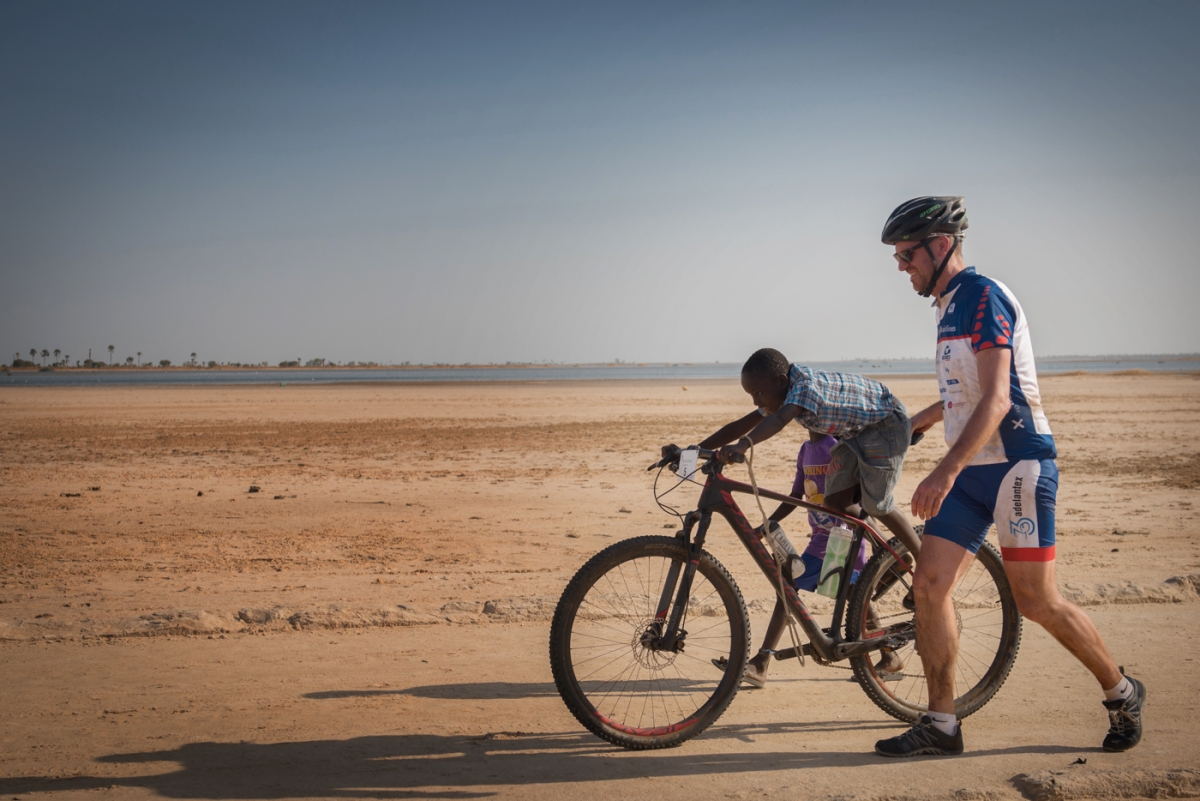 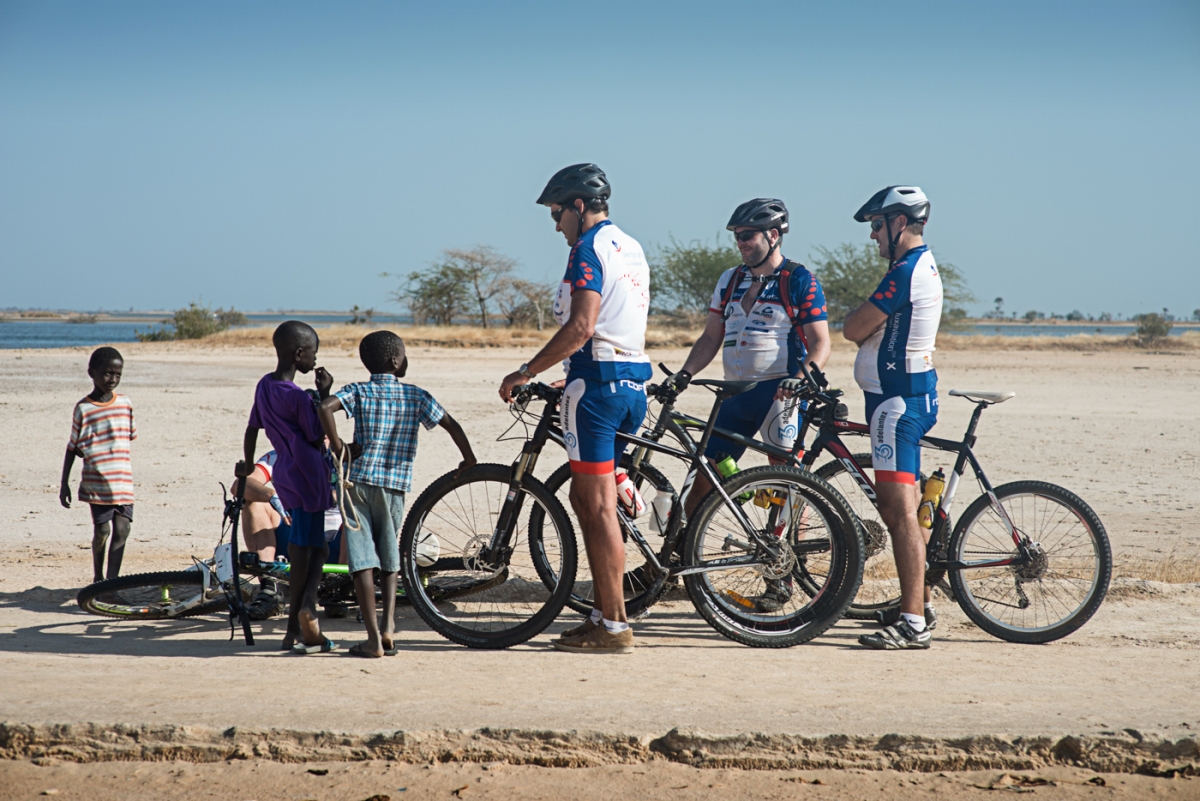 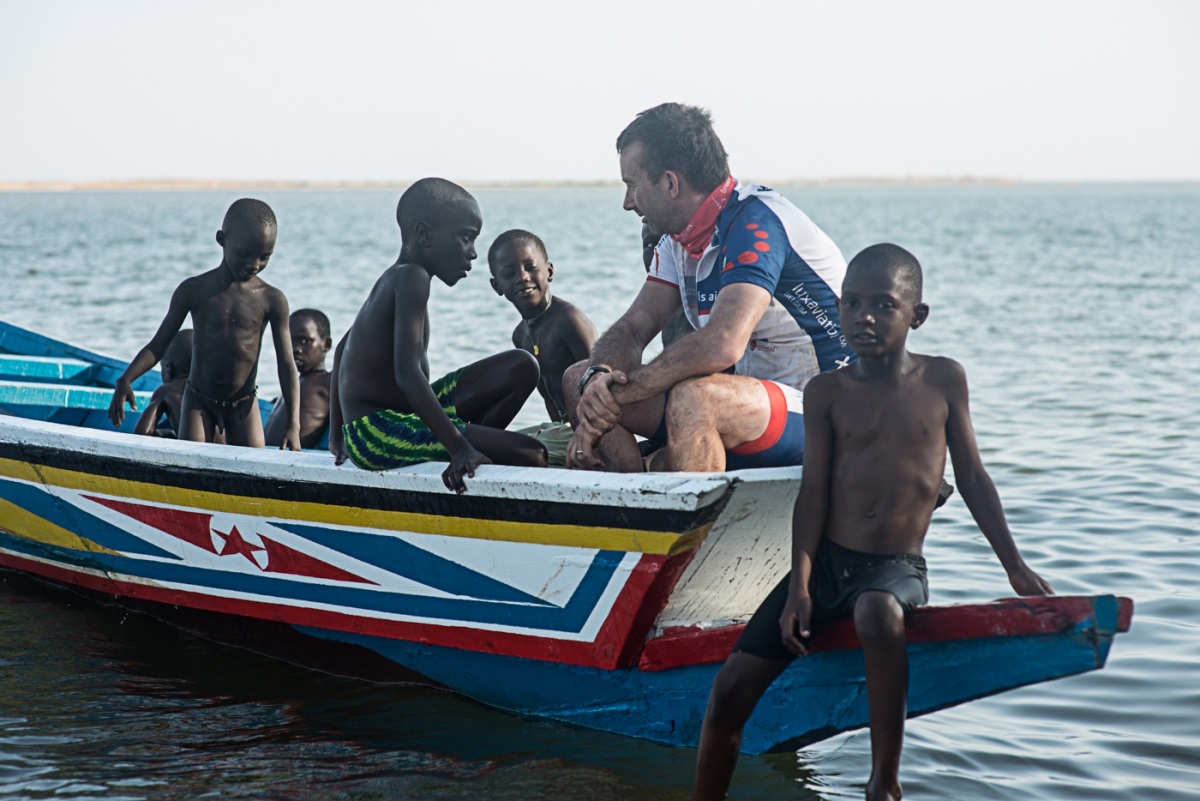